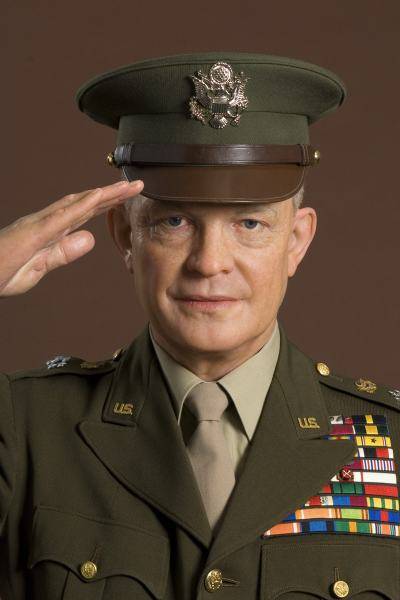 I’ll never forget the summer of 1952 when I was eight years old and living on the north shore of Long Island in New York.  World War II had been over for seven years, and war hero, General Dwight D. Eisenhower, was campaigning for president.  He was a popular candidate.  My Mom and Dad and everyone I knew hoped he would win the election.  My friends and I would chant his campaign slogan over and over, “I Like Ike, I like Ike.”

Early one Sunday summer afternoon as we were driving to my grandmother’s house, motorcycle policemen waved our Oldsmobile over to the side of the road.  They told my dad to “let the kids have a good view” because the future president of the United States was driving to Teddy Roosevelt’s house in Oyster Bay and his motorcade would pass right in front of us.  Dad quickly followed their direction.  We joined other cars in a small parking lot fronting the road, and Dad told us to get up on the hood and be prepared to yell and wave.

The once busy road suddenly emptied.  We waited for what seemed like hours in the hot June sun.  Then, there was movement in the distance, and it came closer.  The whirring sound of motors got louder.  The motorcade was coming!  My mother got so excited that she climbed over a small fence and got up as close to the road as she could, leaning forward with her head turned toward the direction of the noise.  The policeman motioned for her to get back, but she didn’t see him.  I looked at my ten-year-old brother.  His eyes were big, and his mouth was wide open.

Soon we saw a long procession of uniformed officers on motorcycles, small flags blowing from their handgrips.  They were staring straight ahead and looking very serious.  Four green Jeeps filled with soldiers followed, their arms and legs visible through the open sides.  Next a long, black, shiny convertible appeared. Large, colorful American flags attached to the car flapped in the wind. Ike was sitting up straight on the back of the convertible smiling and waving.  The car slowed as it approached us, and we could see that the front of his brown uniform was covered with medals that reflected in the rays of the sun.  His smile filled his entire face. My brother and I started screaming, “Ike, Ike.” He removed his cap and waved it at us, revealing his bald head gleaming in the sun. We jumped up and down on the hood of the car flailing our arms wildly.

Dwight Eisenhower was elected President of the United States that November.  He was one of the most popular presidents America ever had. Those were the years of national prosperity in the aftermath of the war when our parents dreamed the American Dream of a house in the suburbs and a station wagon in the garage.

Eventually Dad sold the Oldsmobile.  He couldn’t get the full resale value because of the dents on the hood, but he said it was worth it.   We agreed.